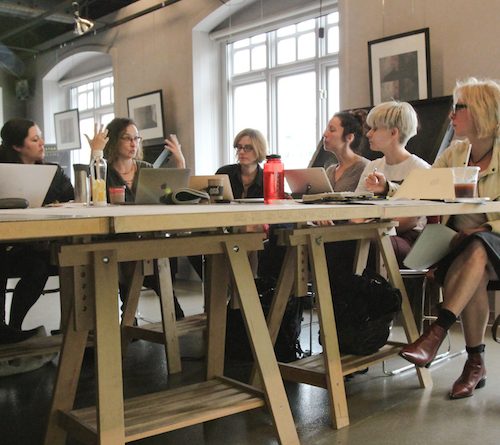 The project Beyond Museum Walls: New Methodologies for Public Dialogue Around Difficult History and Cultural Conflict is designed to support the creation and mobilization of knowledge via new methodologies for critical museum-scholar-community engagement with difficult subject matter. Over four years, the project will generate critical dialogue and student training at the intersection of the five overlapping and separately funded research projects. The team of researchers represent all four Montreal-based universities:  Erica Lehrer (Concordia), Heather Igloliorte (Concordia), Jennifer Carter (UQAM), Cynthia Milton (Université de Montréal), Shelley Butler (McGill). With the help of a team of research assistants, the co-investigators will support the development, debate, and dissemination of shareable pedagogical tools to engage scholars and publics in critical, creative dialogue with museums. The project’s main locus will be Concordia University’s Curating and Public Scholarship Lab (CaPSL). 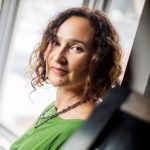 Erica Lehrer (PI)  is Associate Professor in the departments of History and Sociology‑Anthropology at Concordia University. She held the Canada Research Chair in Museum and Heritage Studies from 2007-2017 and is the author of Jewish Poland Revisited: Heritage Tourism in Unquiet Places (2013) and co-editor of Curatorial Dreams: Critics Imagine Exhibitions (2016), Jewish Space in Contemporary Poland (2015), and Curating Difficult Knowledge: Violent Pasts in Public Places (2011). 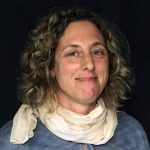 Jennifer Carter is Professeure of Nouvelles muséologies, patrimoines immatériels et objets culturels in the Département d’histoire de l’art at the Université du Québec à Montréal, where she teaches courses on the history and theory of museums. Jennifer conducts research in the areas of museology, representation, and architecture, and considers how these practices mediate, and are mediated by, the cultural institutions that frame them. A more recent research project takes up the emergent phenomenon of human rights museology. 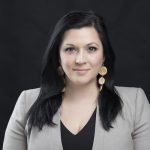 Heather Igloliorte is an Inuk scholar and independent curator who holds the University Research Chair in Indigenous Art History and Community Engagement at Concordia University. Heather’s research and curatorial practices center on Inuit and other Native North American visual and material culture, circumpolar art studies, performance and media art, the global exhibition of Indigenous arts and culture, and issues of colonization, sovereignty, resistance and resurgence. 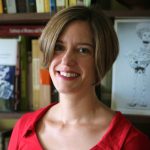 Cynthia Milton is Professor of Latin American History the Université de Montréal. Her interdisciplinary research studies TRCs and alternative modes of truth-telling, and artistic representations and cultural interventions in the constructions of historical narratives in the aftermath of state violence and in the era of human rights. Major honours include the Bolton Johnson Prize for the best book published in her field. She is presently the President of the College the Royal Society of Canada. 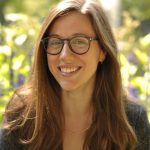 Sarah Jane (SJ) Kerr-Lapsley is a PhD candidate in the Department of Integrated Studies in Education at McGill, and a Vanier scholar. She holds an honours degree in sociocultural anthropology from UBC, and an MA in Education from McGill. Her current research focuses on communities of practice in education, and the pedagogical relationships that form between social studies teachers and external resources, such as museums and community organizations. SJ’s research interests include pedagogical communities of practice, historical thinking, curating difficult knowledge, and land based education. 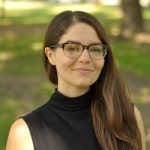 Alex Robichaud recently completed her Masters in Museum Studies at the University of Toronto, and has a B.A. in History from Concordia University. Alex’s research focus has been on photography, feminist studies and critical curatorial frameworks/exhibition practices. Alex worked with students and curators from the Art Gallery of Ontario to co-curate the The Darkroom Project: Taloyoak, 1972-73 at the Ryerson Image Centre (2017) and published the subsequent article: Critical Issues in Exhibiting Indigenous Photography.

Maria Juliana Angarita Bohorquez  has a B.A. in International Relations from Rosario’s University (Bogota, Colombia) and is finishing a Master’s in museology at UQAM, under the supervision of Professor Jennifer Carter. Her current research explores the construction of Colombia’s National Museum of Memory, focusing on the challenges faced by the museum professionals (curators, museographers, architects) responsible for adapting an institutional mandate sanctioned through national law to the design of a national memorial and human rights museum. 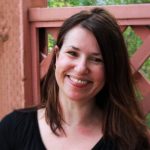 Myriam Gerber is a PhD student in the history department at Concordia University. Born in Germany, her research focusses on unmarked mass graves of the Holocaust in Central and Eastern Europe. Myriam’s dissertation investigates the complex layers of memory and silence surrounding an unmarked mass grave related to the former BMW forced labor camp in Allach, a sub-camp of the former concentration camp Dachau. Her research challenges meta narratives of a “mastered” past as it is represented in the context of the Gedenkstaette Dachau.expand 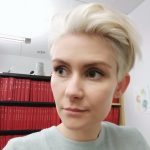 Danielle Aimée Miles is a graduate student at Concordia University in the Art History Department under the supervision of Professor Anne Whitelaw, finishing her Master’s Thesis. Danielle’s present research revolves around the institution of Encyclopedic museums in Canada and the exhibition of Classical Antiquity. Her writing applies postcolonial methodologies, critical museology, and narratology, to analyze, but also theorize, innovative approaches to exhibiting collections acquired and presented through outdated and problematic ideologies.expand

The relationship(s) between critical museological theory, display practices, and collecting tendencies are at the very heart of Danielle’s research. Art practices that engage with institutional critique and ideas of subversion are of a particular interest as well. She has worked as a Teaching Assistant in postcolonial methodologies, as well as a Research Assistant to Professor Anne Whitelaw, researching the influence of women’s volunteer groups within Montreal art museums and the collection and development of Canadian Contemporary art practices. Presently, Danielle is working as a Research Assistant for Dr. Heather Igloliorte on the FQRSC funded Beyond Museum Walls project. 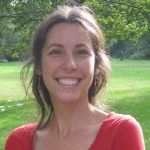 Anne-Marie Reynaud is currently a postdoctoral fellow at the Centre for Research on Ethics. She is doing research on the Canadian Truth and Reconciliation Commission and visual media. In 2016 Anne-Marie completed her PhD in Anthropology at the Freie Universität Berlin, where she also worked as a Research Associate and Program Coordinator for the M.A. Visual and Media Anthropology from 2008 until 2010. 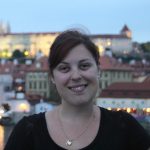 Marilou Thomassin studied photography at Champlain College in St-Lambert and proceeded to McGill University in Montreal to complete her bachelor’s degree in art history and education. Recipient of the 2016 “National Student Research Competition” at the National Association of African American Studies and Affiliates, Marilou is currently working on her master’s thesis at McGill University under the supervision of Dr. Charmaine Nelson. Her current work focuses on the representation of black children and the visual culture of slavery in New France.